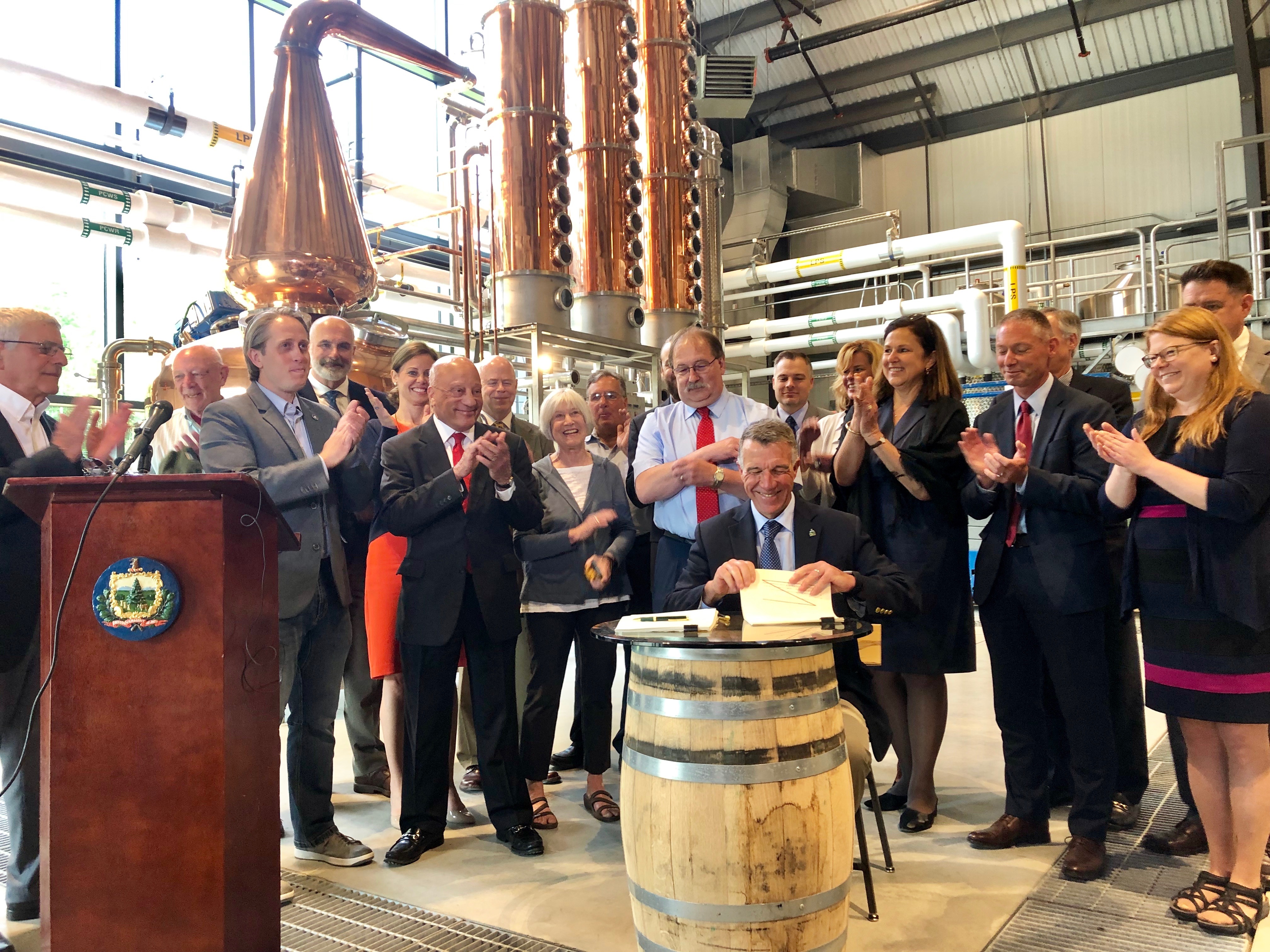 “This legislation represents the multi-faceted approach we must take to address our demographic challenges and grow our economy,” said Governor Scott. “These bills also demonstrate the incremental nature of this work. There is no quick fix; no one answer. We must continue to act on good ideas and try new approaches because every new worker, new job and new business moves us in the right direction.”

Governor Scott signed S.162, which supports economic development at airports, and H.13, which supports the spirits and craft beverage sector, during a public ceremony at Caledonia Spirits’ new production facility and tasting room in Montpelier on Wednesday. A third bill, H.533, aimed at expanding Vermont’s workforce and other economic development initiatives, was signed Thursday.

H.533 provides $2 million in funding to expand workforce recruitment initiatives, including incentives of up to $7,500 per family to new workers who move to the state to work for a Vermont company.

“The remote worker program garnered significant attention for Vermont and highlighted the draw that Vermont has as a location to live, work and play,” said Commerce and Community Development Secretary Michael Schirling. “These new incentive and recruitment strategies are the next step in attracting talented workers and families to Vermont, while continuing to support and train current Vermonters as the needs of employers evolve.”

Additionally, the legislation appropriates funds to the Department of Labor to work with training providers, employers, and other state agencies to help unemployed youth, New Americans, individuals in recovery and former offenders re-enter the workforce.

“Throughout the state, employers are struggling to meet their workforce needs,” said Labor Commissioner Lindsay Kurrle. “This bill builds on the important work of integrating our adult career and technical education programs into our postsecondary education system so we can more effectively respond to local and regional workforce demand.”

H.13 will help spirits producers continue their rapid trajectory and business success by amending tax thresholds that were barriers to growth, and by setting an industry-wide tax rate of 5% rather than the previous tiered approach based on revenues. The bill also amends licensing regulations to better align with the evolution of tasting rooms.

“Without this legislation, we would be contemplating closing our retail doors and opening out of state markets. Instead, we’re investing in Vermont,” said Caledonia Spirits owner Ryan Christiansen. “We’ve added several new hires this year and built a world-class cocktail bar within our 27,000 square foot distillery in Montpelier. The new distillery is less than two weeks from opening, so the timing couldn’t be better.”

“The state’s aviation and aeronautics industries are positioned to bring economic development benefits statewide,” said Transportation Secretary Joe Flynn. “Our 10 State airports have seen millions of dollars of investments over the past decade. The ability to offer a pre-permitted parcel of land to a potential investor at a state-owned airport is an incredible asset. With this new tool in our toolbox, we will advance the ready-to-build land for the development of new aircraft hangars, aviation business and aviation industrial development.”

COVID-19 Update: Department of Labor offices are currently closed due to COVID-19. Please contact the Department by phone.